END7’S HOW TO SHOCK A CELEBRITY VIDEO RECEIVES OVER 7 MILLION VIEWS! 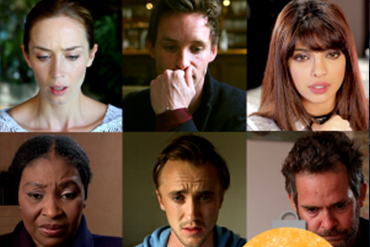 END7’S HOW TO SHOCK A CELEBRITY VIDEO RECEIVES OVER 7 MILLION VIEWS!

In a hard-hitting video, celebrities from around the world call for support in the global effort to control and eliminate seven diseases that plague more than 1 billion people around the world, including 500 million children. In the video, international actors and musicians witness the devastation neglected tropical diseases (NTDs) cause and encourage their fans to be part of the solution.  The video is part of theEND7 campaign, a public awareness initiative dedicated to controlling and eliminating the seven most prevalent NTDs by 2020.

“NTDs are tied to nearly every major development issue today, including childhood nutrition, maternal/child health and water and sanitation” said actor Eddie Redmayne. “For example,  washing with contaminated water can lead to blinding diseases such as Trachoma, which is particularly infectious amongst young children. 50 pence/cents is all it takes to treat and protect one child a year from having to live with this painful disease. Be a part of something big: Together we can see the end of seven NTDs in just seven years.”

END7 is the first global public awareness campaign dedicated to NTD control and elimination and relies heavily on individuals spreading the word and getting involved through Facebook, Twitter and YouTube. It aims to raise the public awareness and funding required to cover the cost of distributing medicine and setting up treatment programs for NTDs. END7 is encouraging supporters to sign a pledge to inspire global policy leaders and philanthropists to take action and help end these diseases by 2020.

It costs approximately 50 cents/pence to treat one person against the seven most common NTDs for an entire year. Pharmaceutical companies have donated billions of pills to treat these diseases and many programs use existing infrastructure, such as schools and community centers, as distribution points, making NTD treatment one of most cost-effective public health initiatives available today.

“In India alone, nearly 700 million people are at risk for elephantiasis and more than 200 million children are at risk for worm infections,” said Bollywood star Priyanka Chopra. “Through the END7 campaign, we can offer a solution that will change the lives of millions of people living in poverty in Asia and around the world. I am proud to be a part of the global effort to end these diseases.”

The seven most common NTDs—hookworm, ascariasis (roundworm), trichuriasis (whipworm), schistosomiasis (snail fever), lymphatic filariasis (elephantiasis), onchocerciasis (river blindness) and trachoma—infect more than one in six people worldwide, including more than 500 million children. They cause blindness, massive swelling in appendages and limbs, severe malnutrition and anaemia.  NTDs prevent children from growing and learning. They reduce adults’ economic productivity and ability to care for their families, keeping communities trapped in a cycle of poverty and disease.

“We are building a movement that allows nearly everyone to play a part in making these diseases history,” said Dr. Neeraj Mistry, managing director of the Global Network for Neglected Tropical Diseases. “Since last January’s London Declaration we have seen a significant increase in support for NTD control and elimination among global leaders. What we need now is for the general public to get involved in our cause.”

The END7 campaign was launched in 2012 by the Global Network for Neglected Tropical Diseases, an initiative of the Sabin Vaccine Institute. Wunderman UK leads the creative direction for the campaign, which includes this latest video along with the campaign’s website, Facebook hub and previously released “Mission in a Minute” video.

To watch the video, entitled END7: How to Shock a Celebrity, and learn more about the END7 campaign, visit www.end7.org.