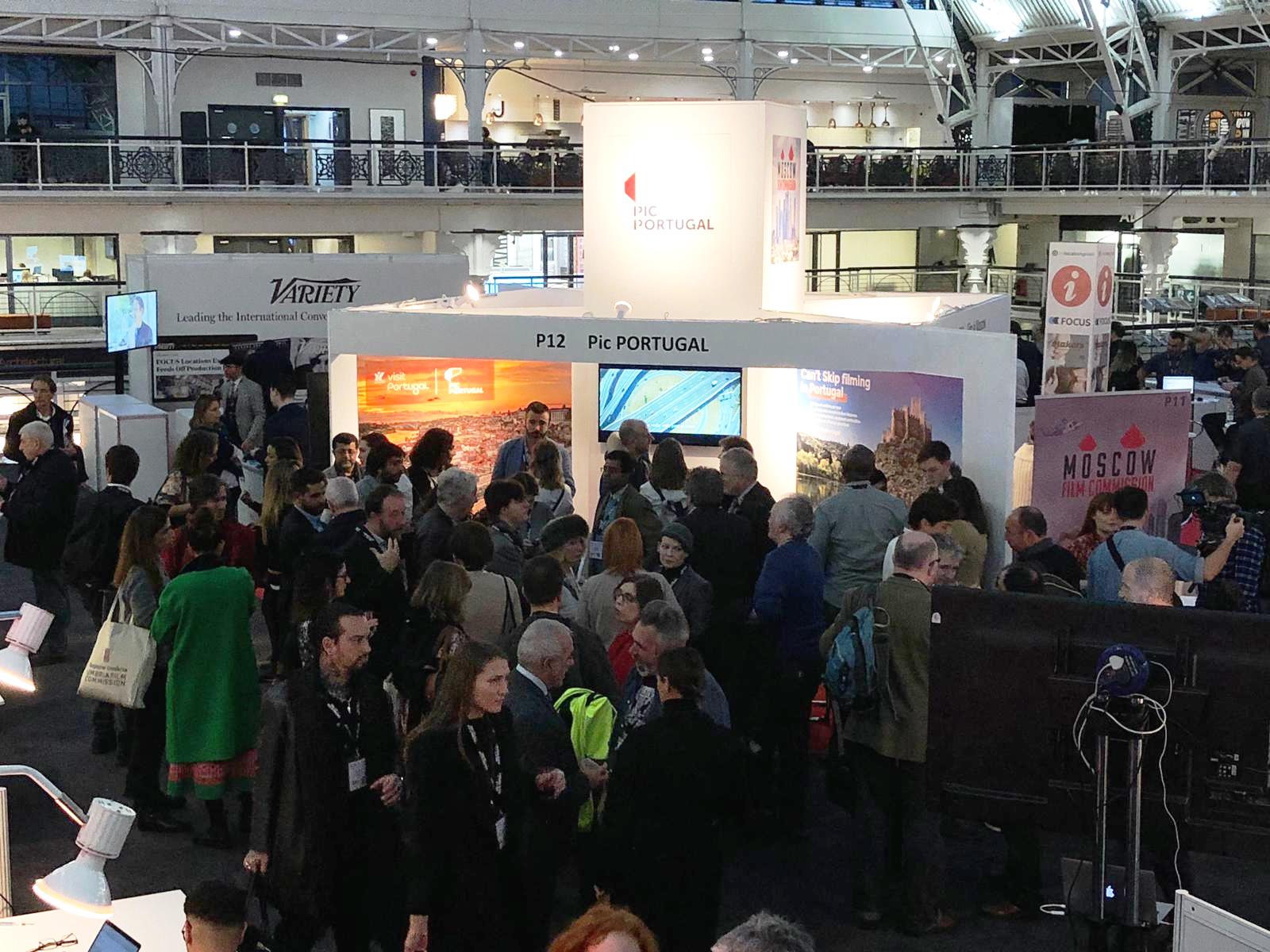 • Portugal’s Secretary of State for Tourism Ana Mendes Godinho and key figures in Portugal Tourism & Film unveil exciting new incentive at FOCUS 2018 to attract more film productions to Portugal.
• Portugal announced as the Best Destination in the World at the World Travel Awards
• Portugal’s new cash rebate at 30% is one of the most competitive systems in Europe.
• The investment strategies extend beyond tourism with focus on technology, filmmaking, innovation, and sustainability.

Visit Portugal and Pic Portugal, the brands responsible for the international promotion of Portugal as a filming location launched by the country’s national film agency ICA – Instituto do Cinema e Audiovisual (Film and Audiovisual Institute), has unveiled its cash rebate systems to attract global filmmakers and productions at FOCUS 2018, Meeting Place for International Production.

Now in its fourth year, FOCUS 2018 took place at the Business Design Centre, London between the 4th and 5th December to bring together industry professionals from across the creative industries including film, TV, advertising, animation and interactive. Attendees from over 60 countries attended the two-day trade event designed to present an opportunity for new inspiration for filming locations.

Funded by the Portugal Tourism Board, the new filming incentive is in line with Portugal’s wider tourism strategy to drive investment and tourism towards the country. The film strategy complements Portugal’s recent booming tourism industry, business incentives and the roster of high-profile events such as the Web Summit.

Since introducing the cash rebate in September of this year, Portugal has already received applications from 20+ projects applying for the scheme from countries as diverse as USA, Brazil, France, and India. Currently, 15 of these productions have already been approved with the others currently under evaluation from the respective governing body, resulting in a €25M investment in Portugal.

The initiative has already seen several films shift production to the country, including Fatima (2015) by Italian director Marco Pontecorvo, The Man Who Killed Don Quixote (2018) which was directed by US-born film director, Terry Gilliam and was the final film at the 2018 Cannes Film Festival. Next year will also see Frankie (formerly entitled A Family Vacation) which sees well-established actors and producers’ film in the country in time for its 2019 release. Previous films shot in Portugal include Bollywood film “Jab Harry Met Sejal”, and the American historical drama starring Academy Award winner Christian Bale “The Promise”.

Ana Mendes Godinho, Secretary of State for Tourism for Portugal along with Antonio Padeira, Director of the Portuguese National Tourist Office and Maria Mineiro, Vice President of the Portuguese Film Institute, spoke at a special presentation introducing the #CantSkipFilmingInPortugal campaign and the competitive cash rebate incentive for filmmakers and productions.

The rebate applies to film, television and VOD productions with the minimum Qualified Portuguese Production Expenses (QPPE) of €500,000.00 (around £436,373.00) for fiction and animation and €250,000.00 (around $218,171.00) for documentaries and post-production. The rebate rate is also determined by a cultural test that focuses on the project’s characteristics. In addition, film productions will have no shortage of access to skilled multi-lingual professionals with experience from both film and television, studio facilities and equipment in Lisbon and Porto, courtesy location scouting and co-production treaties with more than 50 countries including all Portuguese speaking countries.

Speaking about the incentive, Ana Mendes Godinho, Secretary of State for Tourism for Portugal said, “We are happy to welcome you to Portugal to hear of your ideas for filming.” Highlighting Portugal’s advantages, she said, “We have just elected the Best Destination in The World at the World Travel Awards, and soon we will be the best filming location. We have learned from the mistakes and success of others, so we are in the best position. We needed to make it fast, so it takes only 20 days to approve the project and 30 to pay the rebate. We’ve set up a special fund belonging to the tourism board to guarantee payments.

We’ve put in the commitment to make this work and Portugal has learned from the past and is ready to be in the forefront of your minds for the future.”

Long hours of sunlight and 300 days of sunshine, a variety of locales ranging from the dramatic grandeur of the historic castles, cathedrals, and churches to the shimmering glass of modern buildings, and the natural wonder of the country’s mountains, forests, lagoons are some of the reasons film productions come to Portugal. Speaking about Portugal’s appeal as a filming location, Maria Mineiro, ICA’s Vice-President said, “Filmmakers can enjoy sunnier days which give them more time to film, as well as a variety of wide, and diverse scenery to enjoy. We have affordable prices compared to Europe and are a stable and safe country with English speaking staff.”

Antonio Padeira, Director of the Portuguese National Tourist Office drew attention to Portugal’s benefits beyond film, highlighting the country’s culture, history and diversity, saying “Portugal has 1000 years of history, with palaces, Roman culture, exquisite buildings, the home of music in Porto, breath-taking landscapes, from valleys and lagoons to hills and the ocean.”

Stationed on the FOCUS exhibition floor with a standout booth, Pic Portugal showed delegates the benefits of Portugal’s accessible locations and affordable cost of living. A Happy Hour networking event also took place, providing the opportunity for attendees to ask more questions about Portugal’s highlights as a filming destination and find out more about the country’s newly announced incentive system.

Earlier this year, ten US producers and studio representatives, from Disney, HBO, Warner, Paramount, and other notable companies, visited several locations in Portugal in a visit arranged by Pic Portugal and VisitPortugal which proved to be a success as the country now looks to establish itself as a leader for film productions.

The PicPortugal cash rebate incentive system is on a first-come-first-serve basis, with eligibility determined by a cultural test.