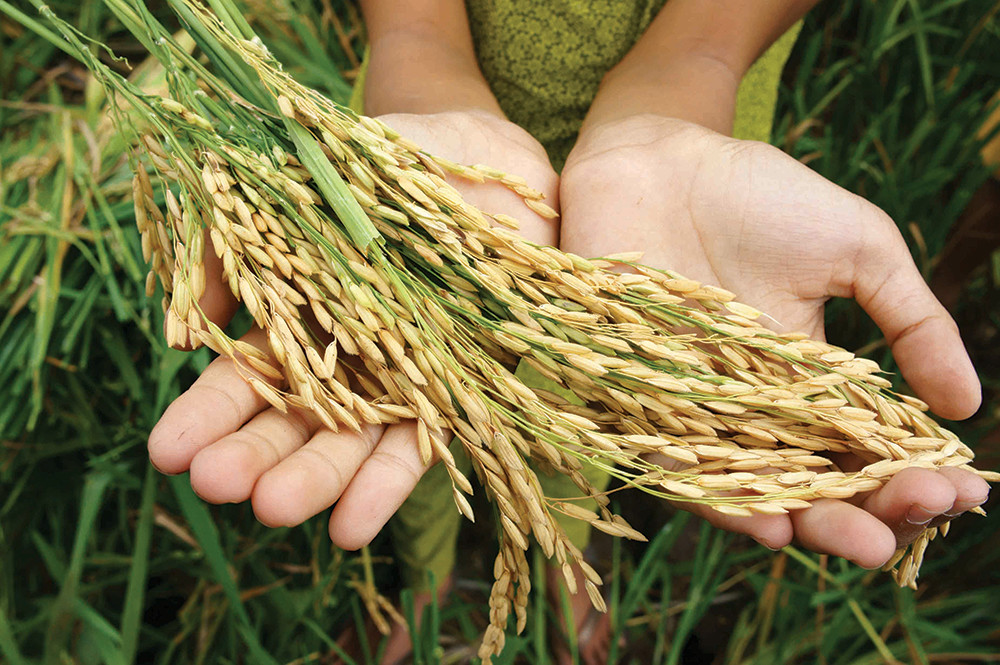 UTRECHT, Wednesday 10th May, 2017: The Global Open Data for Agriculture & Nutrition (GODAN) initiative, a 500 member organisation supported by national governments, non-governmental, international and private sector organisations that propagates for open data in agriculture and nutrition to scientifically combat world hunger and food security, partnered with the Global Forum of Innovation in Agriculture (GFIA) to promote innovation and open data on the closing day of GFIA Europe, the world’s largest dedicated expo of sustainable agriculture solutions.

During the opening session Laperrière discussed the importance of the open data revolution demonstrating the impact that the adoption of open data has on agriculture around the world. He said “Data has no value per say, it’s what you make of it that gives its value. It’s the way you shape it and the way you convey it to those who can make use of it.” Laperrière pointed to case studies including the ESOKO mobile service in 16 countries across Africa, which gives 350,000 farmers access to weather data and market data on their phones which has resulted in a 25% net increase in income for farmers across those countries.

The impact was also demonstrable in the US where the number of daily downloads of satellite imagery increased from 50 to 6000 after the data was made free. “They estimate in the US alone last year the economic benefits of using open satellite for the farmers was $1.7billion, plus $400million additional from their referral industry, so that’s $2.1billion in one year.” Laperrière added.

Laperrière reiterated the importance of making sure the open data revolution is accessible to all, saying “What’s important is to empower people in a way, a form, a shape that they will understand, that makes sense for them and meets the needs that they have. That’s the new revolution.”

Dr Dijkhuizen spoke of the challenges ahead, noting that a growing population and the expectation that the demand for vegetables, dairy and meat to double, saying “We have to produce in the coming 40 years more…than in the 4000 years behind us.” He also spoke of role sustainable agriculture plays in The Netherlands, which after a century of development has become the 2nd largest exporter of food in the world after the US, highlighting the role of the ‘Golden Triangle’ – the collaboration between government, the private sector, and science- saying “we see that as the key behind the Dutch success, to have those three in line and going for the same objective is very important.”

Dr Dijkhuizen also spoke of the Dutch Top Sector Policy, started by the government in 2010 and based on the principles of the ‘Golden Triangle’, which is aimed at increasing economic growth and improving competitive growth, and built on a public and private sector partnership, demonstrating the success of partnerships when applied to industry.

Liam Condon also spoke of the issues facing food production, saying that “from a production point of view today, we are not living in a world where we are making the most efficient use of natural resources.” He offered solutions in form of focusing on technology and innovation, discussing the variety of new developments that are set to benefit the industry, stating that it is “a combination of all of these technologies and innovation where we are really going to be able to get to the next level of innovation.”

Condon also set out the vision for Bayer’s future merger with another agricultural giant, forming a new entity that is committed to innovation, sustainability, social responsibility and a focus on tailoring services to smallholders. He fully agreed with André Laperrière’s call for an open data revolution stating that this new entity “needs to be an open system -this cannot be a closed system otherwise we would never get it to the level of…sustainability that we require.”

Speaking during the closing ceremony, Laperrière reiterated the importance of agriculture to delegates, stating “Agriculture is dear to all of us, simply because it is the future of humanity. It is probably the only industry without which the world would just not exist.”

Laperrière went on to implore the industry to work together and keep innovating to tackle the problem of declining resources: “What we need to do is to innovate. To be creative, to find new ways to do things, to do less of what doesn’t work and to do more of what works well. And for this, we need to share knowledge. We need to help each other, we need to work together.”

After highlighting examples, Laperrière closed the session by saying “My message to all of you and everyone at GODAN and its 500+ members is – let’s set data free. Let’s make it the next revolution for all of us.”

Other highlights from the day included keynote sessions on developing sustainable agricultural technologies for emerging markets and accelerating agtech adoption on the farm.

GFIA, which launched in 2014 by the Abu Dhabi government, seeks to leverage partnerships with the world’s powerful organisations including the Food and Agriculture Organisation (FAO) of the UN, Bill & Melinda Gates Foundation, and the World Bank, to show the world how technology gives us the only real chance of feeding nine billion people without destroying the environment.