OPEN DATA IS OPEN FOR BUSINESS – DAY 1 HIGHLIGHTS OF GFIA 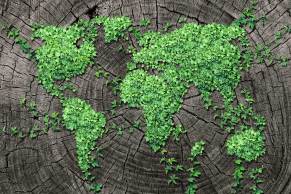 OPEN DATA IS OPEN FOR BUSINESS – DAY 1 HIGHLIGHTS OF GFIA

THE GOVERNMENT OF THE NETHERLANDS, GODAN & CORPORATE SECTOR PAVE THE WAY FOR OPEN DATA IN THE PRIVATE SECTOR TO IMPROVE INNOVATION, PROFITABILITY & FOOD SECURITY AT GFIA EUROPE, THE WORLD’S LARGEST DEDICATED EXPO OF SUSTAINABLE AGRICULTURE SOLUTIONS.

• Global Open Data for Agriculture & Nutrition (GODAN) partner The Government of the Netherlands pledges support from the private sector to expand the “Data Cube” initiative to further stimulate innovation.

• The Dutch Minister for Agriculture, H.E. Martijn van Dam confirms the role of open data in not only positioning The Netherlands’s agriculture sector as being one of the most innovative and productive compared to other parts of the world, but to demonstrate open data’s role as addressing the global food security challenge.

• The global agribusiness Syngenta spotlighted their ‘Good Growth Plan’, made up of six ambitious principles including the restoration of 10 million acres of degraded farmland, to welcome other private sector companies to join hands to lead the way in increased productivity and improved living standards.

• GODAN convenes eminent industry figures such as from The Dutch Ministry of Economic Affairs, Government of the Netherlands at a special VIP lunch to discuss how open innovation and pre-competitive spaces may benefit all.

UTRECHT, Tuesday 9th May, 2017: The Global Open Data for Agriculture & Nutrition (GODAN) initiative, a 500 member organisation supported by national governments, non-governmental, international and private sector organisations that propagates for open data in agriculture and nutrition to scientifically combat world hunger and food security, partnered with the Global Forum of Innovation in Agriculture (GFIA) the world’s largest dedicated expo of sustainable agriculture solutions, to spotlight the business case for open data.

Open innovation, including open data, is figuring more prominently in food and agricultural businesses’ strategies as is the conversation around pre-competitive spaces and how they may benefit all. Through a partnership with GFIA, GODAN is showcasing stories of the impact and value of open data in agriculture, food and nutrition for businesses to help them make profitable strategic decisions. With the support of its industry-leading members, GODAN is also exploring how open data and standards can foster open innovation and collaborative research as has been seen in other industries. 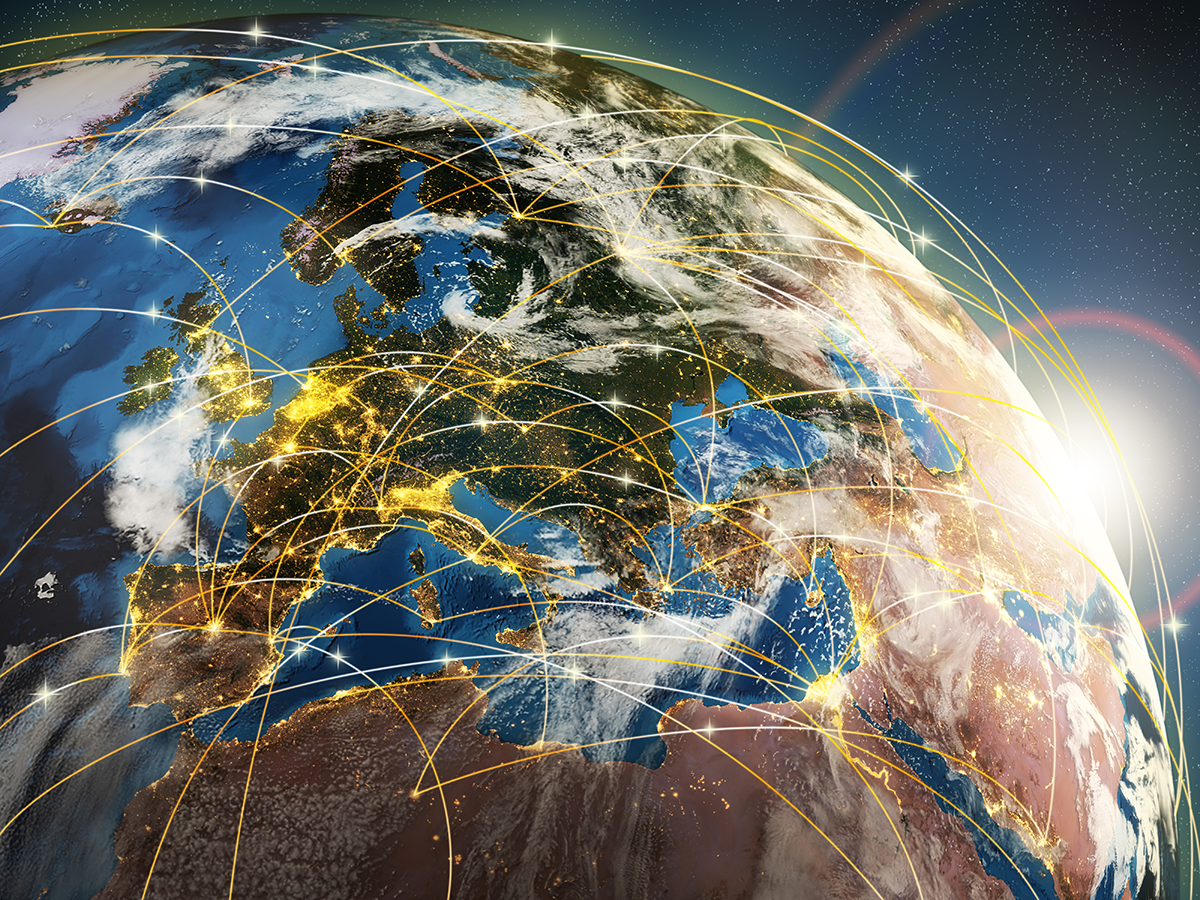 The first day of the inaugural GFIA Europe event saw many highlights including the keynote sessions, which featured discussions around climate change and food security and how they have shown the importance of the introduction of new agricultural technologies and the development of existing ones.

The opening session was led by The Dutch Minister for Agriculture, H.E. Martijn van Dam who spoke of the myriad of challenges faced by the world and the need to innovate and find new ways to produce food.

The Government of Netherlands is a major advocate of the case for open data and recently launched a “Data Cube” to provide a system by which government data is made available to the population, especially within the agriculture industry. The initiative will expand through public private partnerships, and the Government has extended support to the private sector globally to expand the adoption of open data.

Minister van Dam confirmed the role of open data in being a key driver in positioning The Netherlands’s agriculture sector as one of the most innovative and productive compared to other parts of the world. He invited other nations to follow suit and open data to establish leadership in innovation similar to the Netherlands where its agriculture industry is 20 times more productive than some global competitors as a result of embracing open data, and to address the global food security challenge.

The Minister for Agriculture spoke of The Netherlands’ aim to lead food production within 10 years. “We support and encourage this merging of data…and agriculture” he said, citing the recent purchase of data sets for farmers. Discussing the advancements in the Netherlands in the kind of crops planted and used for food production – including seaweed – Minister van Dam said “It’s not only about innovating agriculture – we need to change the menu.”

He adds: “We have to operate smarter and more sustainably”, warning that the consumption and production at the current rate would mean “we will need another planet”.

The first day of the GFIA conference also saw the confirmation of the successful launch 104 micro satellites from GFIA sponsor Planet. The 104 satellites will help to provide free agricultural data to the entire Earth, supporting Europe’s Copernicus programme and NASA’s own monitoring capabilities and creating even more in-depth data. 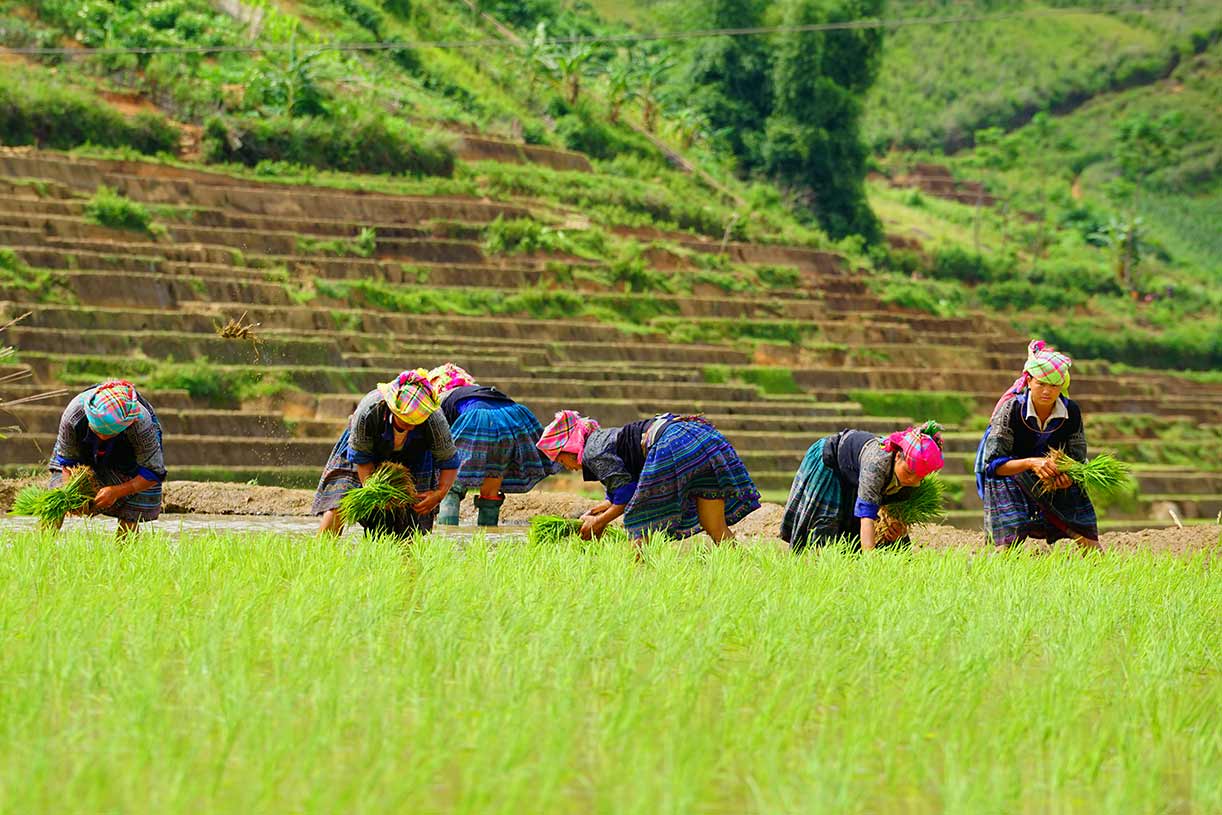 GODAN hosted a special VIP lunch with the support of the GFIA Secretariat and the Global Partnerships Forum, to highlight how the private sector has an important role in using, generating and reshaping data to help consumers make more informed choices to grow the world economy. The focus is not just on the food chain but to provide a better way of life for people and planet.

The lunch revolved around two key themes: ‘Why open data is good for business’, and ‘What role can pre-competitive spaces play’, convening high-level individuals to discuss the business case for opening data and how open innovation and pre-competitive spaces may benefit all. The lunch was chaired by Amir Dossal, President, Global Partnerships Forum and speakers included:

The lunch opened with an introduction from André Laperrière, Executive Director of GODAN, who introduced what the initiative stands for; “When I think of GODAN I think of talent; I think of progress; I think of empowerment. I think of more than 500 partners united on facts/data based strategic decisions.” He underlined the importance of open data in agriculture by informing guests that “The future of the world, it’s survival you might say…is in your hands.”

Frans Lips, DG Agro & Nature, Ministry of Economic Affairs, The Netherlands, spoke of the warm support for the GODAN within the Dutch government: “The principles of GODAN to make data available, accessible and usable are something The Dutch cabinet embraces.”

Lips also highlighted the use of agri-parcels by the government, and the plan to create a system that would allow all Dutch citizens to access open data. He also called for a greater consideration of farmers in business, adding that they believe “that a farmers should be an integral part of new business propositions.”

Alec Griffiths, R&D IS AIS Service Lead, Syngenta, used the lunch to spotlight Sygenta’s ambitious ‘Good Growth Plan’, made up of six principles including the restoration of 10 million acres of degraded farmland, the cultivation of 5 million acres of biodiversity hotspots, an increase in the productivity of small holder farmers by 50%, training 20million farm workers in proper practices and enabling safe working conditions for farm workers. Griffiths described the “silos of wisdom” and data in their archives, saying “what we’re learning now is that there are lots of opportunities through looking at our data.”

Other speakers included Bill Haraka, Managing Director of TEC-IB, who highlighted the use of open data and technology in fighting tree diseases and pests. Pointing out the challenges faced in safeguarding food production, Haraka said “people say ‘let’s grow food on Mars’; why not start doing it efficiently on Earth?”

Giles Boumeester, Global Head of Rabobank Food & Agri Research and Advisory also highlighted the key challenges facing the widespread application of data and technology in the agriculture industry, identifying untested value proposition, the lack of an ecosystem of data and the unresolved question of data ownership as obstacles to the adoption of technologies by farmers. Boumeester points out that “Data helps us to understand the financial output of customers be it farmers or others in the value option.”

André Laperrière closed the session praising the desire for cooperation with open data. He also pointed out the difficulty of open data application in agriculture in its current form, saying “nutrition goes beyond the fork and before the farm”, and discussing the need to ensure farming and end products are safe, as well as bio-diversity and the entire open data ecosystem.

GFIA Europe 2017 continues tomorrow with further sessions. André Laperrière, will open GFIA Europe with a keynote speech on the theme of “Visionaries Shaping the Future Agriculture Innovation Landscape”, which will be an opportunity to hear the vision of individuals pushing the agriculture innovation agenda to the next level to enable competitive and sustainable food production. He will also participate in the closing plenary.

GFIA, which launched in 2014 by the Abu Dhabi government, seeks to leverage partnerships with the world’s powerful organisations including the Food and Agriculture Organisation (FAO) of the UN, Bill & Melinda Gates Foundation, and the World Bank, to show the world how technology gives us the only real chance of feeding nine billion people without destroying the environment. GFIA Europe 2017 concludes tomorrow on the 10th May.