“WhatlReallyReallyWant” – The Film Takes the Power of Girl and Women Global. 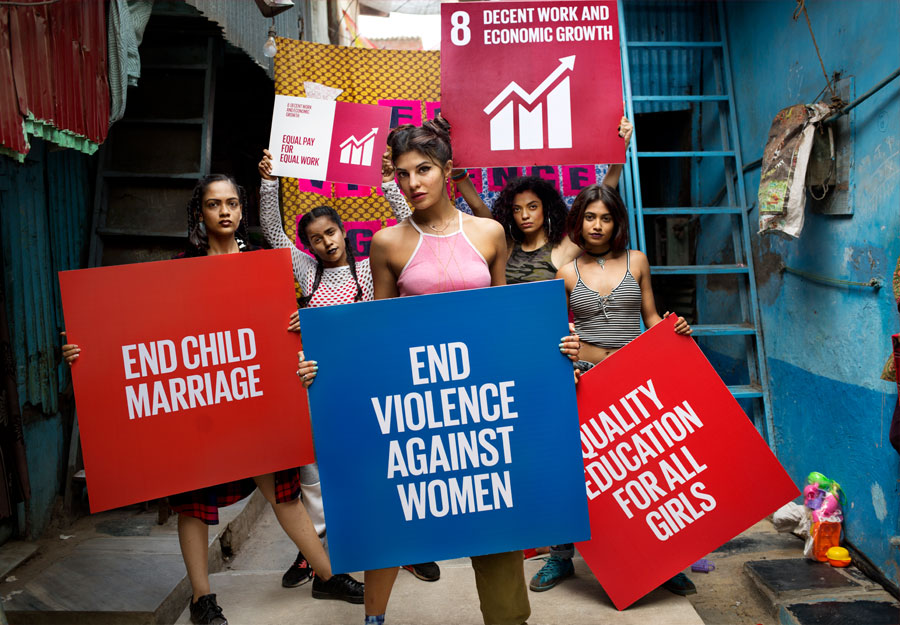 “WhatlReallyReallyWant” – The Film Takes the Power of Girl and Women Global.

• Project Everyone, in partnership with Getty Images and SAWA, the global cinema advertising association, release a new film “#WhatlReallyReallyWant” as part of the Global Goals campaign for girls and women.

• MJ Delaney of Moxie Pictures directs remake of the Spice Girls’ Wannabe’ video, featuring artists from around the world including Gigi Lamayne and Moneoa from South Africa, Seyi Shay from Nigeria, Bollywood actress Jacqueline Fernandez from Sri Lanka, M.0 from the UK, Taylor Hatala from Canada and Larsen Thompson from the USA.

In September 2016, World Leaders will mark the first anniversary of the adoption of the Sustainable Development Goals. These Global Goals are a mighty plan to end poverty, fix climate change and address inequalities over the next 15 years, but they will only succeed if they address the needs of the most marginalised first, particularly those of girls and women. Issues like quality education, an end to violence, an end to child marriage and equal pay for equal work need to be top of every governments’ agenda in order to give the Goals the best possible start.

Project Everyone, with partners from across the world, have convened the first Global Goals campaign to fight for Goals which are famous, financed and focused on girls and women. This week, on the 20th anniversary of the release of the Spice Girls’ Wannabe video, the campaign will mark twenty years of Girl Power with an updated version “#WhatlReallyReallyWant”. The film reflects the voices of girls and women all over the world telling world leaders what Goals they ‘really really want’ to be achieved to help improve their lives. 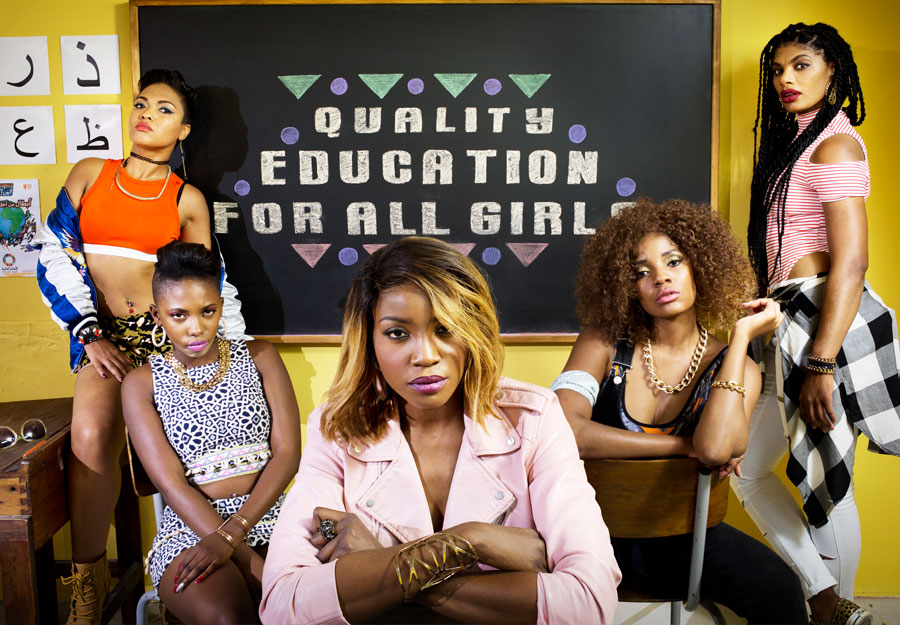 Speaking about the launch of the film, MJ Delaney, Director, said ‘This is about modern day Girl Power: The Spice Girls were about a group of different women joining together and being stronger through that bond, and these differences are what we want to celebrate in this film, while showing there are some universal things that all girls, everywhere, really really want.’ 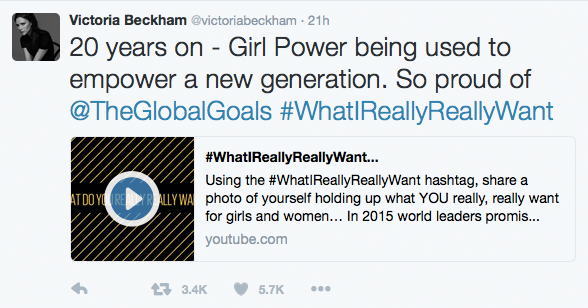 Victoria Beckham said, ‘I think this film is a wonderful idea. How fabulous it is that after 20 years, the legacy of the Spice Girls’ – ‘Girl Power’ – is being used to encourage and empower a whole new generation.’ 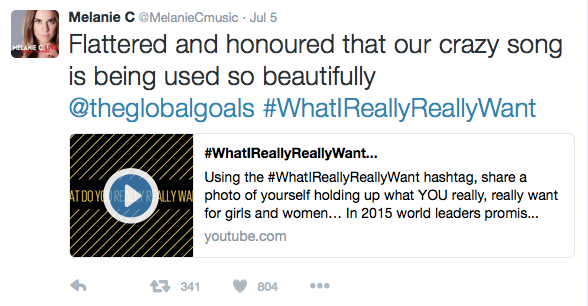 Richard Curtis, Writer, Director, Comic Relief Co-Founder & SDG Advocate said: ‘Last year the UN, Project Everyone and many partners launched a mass awareness-raising campaign reaching 3 billion people in just 7 days with news of the UN Sustainable Development Goals. This year we’re keeping up the noise and going deeper – fighting for 15 decisive years – trying to show how the Goals contain the answers to the world’s problems, from the refugee crisis to disease, humanitarian disasters to terrorism and war. And especially focusing on the incredible importance of progress in the area of girls and women – Global Goals for Global Girls.’

Bollywood actress Jacqueline Fernandez, originally from Sri Lanka said: ‘Gender discrimination has to stop and the global community has to start putting girls first. We need to create a community where girls feel strong, safe and supported and have equal access to education, technology, health and sanitation. What I really, really want is for people to recognize the potential of girls when they are allowed to study instead of doing household chores. And what I really, really want is to end violence against women. I want women to feel powerful and beautiful. Nothing can stop us once we are given equal opportunities and are allowed to flourish in a secure, supportive environment. The world needs a dose of girl power and that’s why I’m supporting the Global Goals campaign for girls and women.’

The film will be screened in SAWA member cinemas internationally between July and September 2016, distributed globally through Unique Digital, and will form part of a social media campaign calling on people to share a picture of #WhatlReallyReallyWant for girls and women. The visual responses from around the world will be presented to world leaders at the UN General Assembly in September to encourage new political and financial commitments from governments, in support of the Sustainable Development Goals. 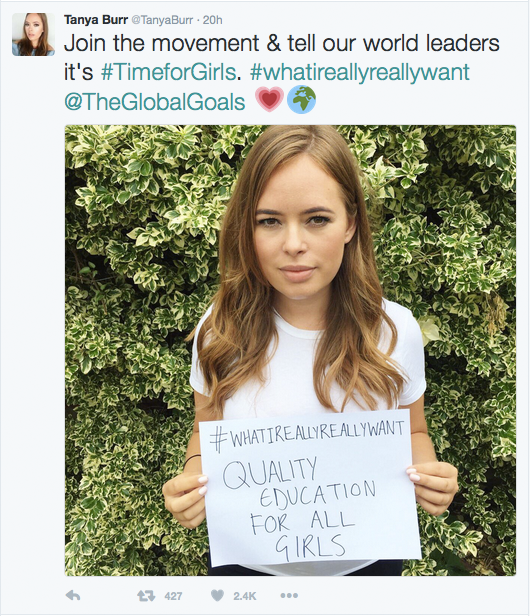 The film will be shown in SAWA member cinemas internationally later in July. ENDS For further information, please contact: