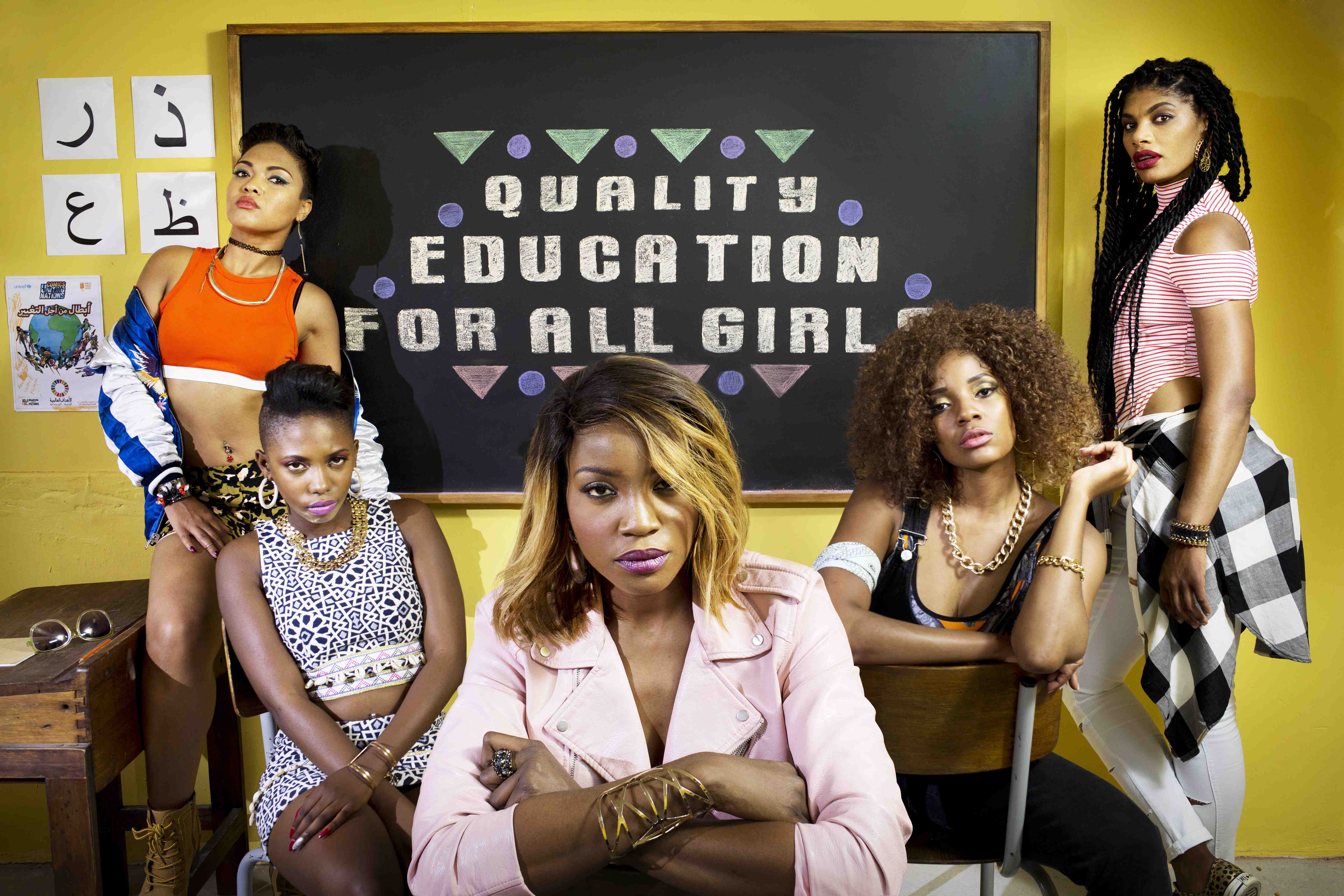 2016 will go down in history for many things but an uneventful year will not be one of them! For brand strategy and business consultant Sterling Media it has been a year of impactful events that have seen the global communications company go from strength to strength. Here are some of our highlights from the last year:

In May, Sterling Media teamed up with Jamie Oliver’s Food Foundation to bring Food Revolution Day to a global audience. Sterling CEO and brand strategy specialist Natasha Mudhar was appointed India and Africa director for the campaign and so Sterling Media set out to find the right faces to launch the campaign in India, Nigeria, Tanzania, and Kenya.

Through working with local household names such as Jacqueline Fernandez and Chef Kunal Kapur in India, Waje and Chef Eros in Nigeria, Juliani and Chef Ali in Kenya, and Alikiba and Marion Elias in Tanzania, Sterling Media was able to help India and African nations play their part in Food Revolution Day, participating in the global Facebook streaming event that took place on the day, with over 115,296,411 million people taking part.

Girl power went global in July as Sterling Media in partnership with Project Everyone, SAWA and Getty Images launched the #WhatIReallyReallyWant campaign. Inspired by the 20th anniversary of the Spice Girls’ Wannabe, the new film payed homage to the original music video and raised awareness of the UN’s Global Goals and Gender equality.

Directed by MJ Delaney of Moxie Pictures, #WhatIReallyReallyWant featured artists from around the world including Gigi Lamayne and Moneoa from South Africa, Seyi Shay from Nigeria, Bollywood actress Jacqueline Fernandez from Sri Lanka, M.0 from the UK, Taylor Hatala from Canada and Larsen Thompson from the USA.

Making its exclusive debut at the Cannes Lions Festival in May, the film became an internet phenomenon upon release, receiving over 1,377,958 on Youtube, 106 million views on Facebook, and over 38 million impressions. Sterling was also able to gain support on the campaign from celebrities including three of the original Spice Girls. Sterling Media spearheaded the global communications for the campaign, securing coverage on both UK and US television as well as print coverage around the world.

September saw business consultant Sterling Media become the official media partner for the Global Open Data for Agriculture and Nutrition, and handle global communications for the GODAN Summit 2016. Sterling Media used a variety of methods to raise awareness for the GODAN summit and associated petition, including encouraging university students in both the US and UK to sign the petition, the creation of infographics to be shared on social media, blog posts for partners of GODAN, outreach to social media influencers and vloggers and more.

Members of the Sterling Media team also travelled to New York to manage communications at the GODAN Summit, where they were able to arrange high level media opportunities with figures such as the US Secretary of Agriculture.  The summit was a success and gained interest from the BBC and Fox News.

It has proven an award-winning year for Sterling Media as we have won a number of awards for our work! The Asian Media Awards awarded the Creative Media Award to Sterling for the #WhatIReallyReallyWant campaign!

This year Sterling Media continued to lead the way in UK Bollywood film promotion, handling the UK releases of hit films including Airlift, Kapoor and Sons and Baar Baar Dekho. Some of our highlights from this year included:

AKIRA: This martial arts action film starring Sonakshi Sinha kicked her way into the UK cinema in early September. To launch the film, Sterling Media created partnerships with local martial arts clubs across the UK that would see anyone with tickets for the film receive special offers on martial arts training sessions.

AE DIL HAI MUSHKIL – the eagerly awaited Karen Johar film starring Aishwarya Rai and Ranbir Kapoor was the must-see release of Diwali 2016. To launch the film in the UK, Sterling Media worked with the biggest Diwali events in London, Birmingham and Leicester as well as local club nights to display a personalised message from one of the film stars, Ranbir Kapoor. In addition, promotional materials included flyers and standees were distributed to the events to raise awareness.

It has also been a good year for many of our long-standing clients, who have received great media coverage thanks to Sterling Media’s brand strategy efforts. Here are some of our client highlights from the year:

Whilst the results of the Brexit vote may have sent shockwaves through the business world, it has provided many opportunities for our corporate clients including Rational FX and Sun Global Investments, whose expert commentary on current economic affairs have been covered across UK and international media.

As we reach the end of 2016, Sterling Media is already looking ahead to 2017! We have a range of exciting campaigns and projects that we can’t wait to share with you! We look forward to working further with our current clients and the ones we haven’t met yet! In the meantime, everyone at Sterling Media would like to wish you a Happy New Year!