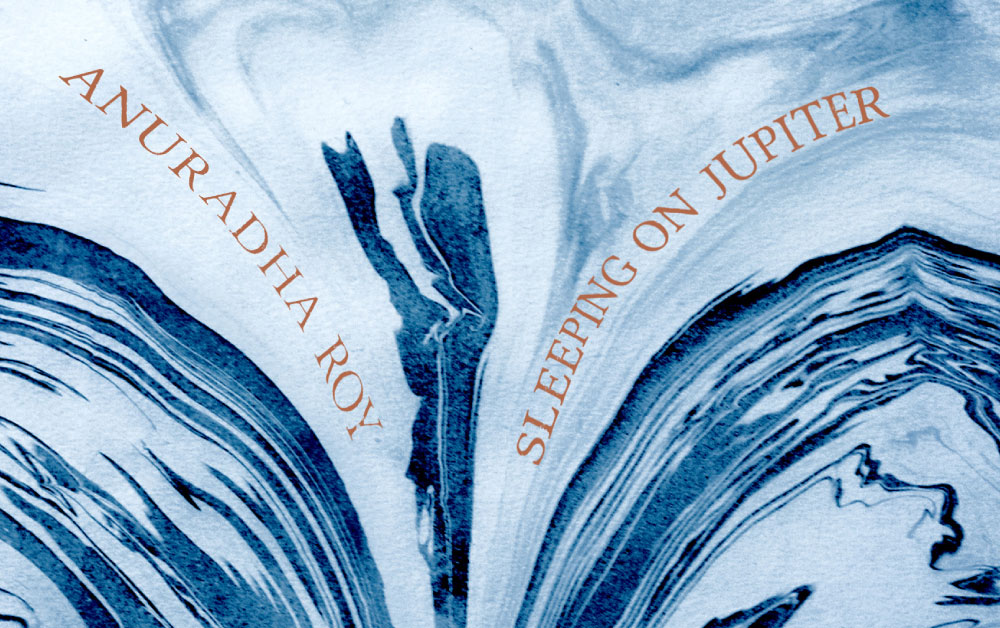 16th January 2016; Sri Lanka: Anuradha Roy has been announced as the winner of the prestigious DSC Prize for South Asian Literature 2016 for her novel, Sleeping on Jupiter at the Fairway Galle Literary Festival in Sri Lanka. In a glittering ceremony, the US $50,000 DSC Prize along with a unique trophy was awarded by Hon. Ranil Wickremesinghe, Prime Minister of Democratic Socialist Republic of Sri Lanka to the winner.

Now in its sixth edition, the DSC Prize for South Asian Literature is an established international literary prize that awards the best work in South Asian fiction writing each year. This year the DSC Prize had received 74 entries with participation from publishers from the South Asian region as well as from countries like the UK, US, Canada, Australia and South Africa amongst others. The DSC Prize for South Asian Literature which is specifically focused on South Asian writing is unique in the sense that it is not ethnicity driven in terms of the author’s origin and is open to any author belonging to any part of the globe as long as the work is based on the South Asian region and its people. The past winners have been from various countries and their work has reflected the importance of South Asian culture and literature.

The DSC Prize for South Asian Literature 2016 was judged by a diverse and distinguished five member jury panel comprising eminent figures drawn from the international literary fraternity who have worked in or around South Asian literature and issues. The jury panel comprised of Mark Tully, Chair of the jury panel and renowned journalist who has commentated on a wide range of issues affecting the South Asian region for over four decades; Dennis Walder, Emeritus Professor of Literature at the Open University, UK, who has authored several articles and books on 19th and 20th century literature; Karen Allman, highly respected book seller and literary coordinator based out of Seattle, USA; Neloufer de Mel, Senior Professor of English at the University of Colombo, Sri Lanka, who has written extensively on society, culture and feminism; and Syed Manzoorul Islam, celebrated Bangladeshi writer, translator, critic and academic.

Speaking on the occasion, Mark Tully on behalf of the jury said “We had a shortlist of six outstanding books. Their excellence made our task particularly difficult. We chose Sleeping on Jupiter by Anuradha Roy because of its elegance, flair and readability. It raises many issues succinctly and with commendable economy of words. The South Asian setting is described faithfully and evocatively. Among the issues raised are the power of memory and myth, religious hypocrisy, sexuality, abuse and other forms of violence. The novel contains powerful portraits of both major and minor characters. We believe this book will be a source of inspiration to other writers.

Congratulating the winner, Surina Narula, MBE and co-founder of the DSC Prize said “My heartfelt congratulations to Anuradha Roy for winning the DSC Prize for South Asian Literature 2016. The winning novel highlights the changing dynamics in South Asian life and culture in a unique way. It must have been a tough task for the jury members to choose from the six exceptional contenders and arriving at the eventual winner as each one of the novels represents the very best in South Asian fiction writing. Completing six successful years, the DSC Prize remains focused on recognizing and showcasing the immense talent writing about the South Asian region and bringing it to the larger global audience.”

Hon. Ranil Wickremesinghe, Prime Minister of Democratic Socialist Republic of Sri Lanka was the Chief Guest of the event. While presenting the trophy to the winner he commented on the importance of South Asian literature and the crucial role it can play to improve the lives of the people living in this region.

The last five winners of the DSC Prize have been Jhumpa Lahiri (The Lowland: Vintage Books/Random House, India), Cyrus Mistry (Chronicle of a Corpse Bearer: Aleph Book Company, India), Jeet Thayil (Narcopolis: Faber & Faber, London), Shehan Karunatilaka (Chinaman: Random House, India) and HM Naqvi (Home Boy: Harper Collins, India). Each of these winners has gone on to be published internationally and their work has reached a larger global audience which has been one of the central visions of the DSC Prize.

Over the years the DSC Prize for South Asian Literature has been deeply involved in supporting the cause of South Asian literature and is committed to widen the ambit of conversation on South Asian writing by reaching out to diverse audiences through its various events and initiatives.