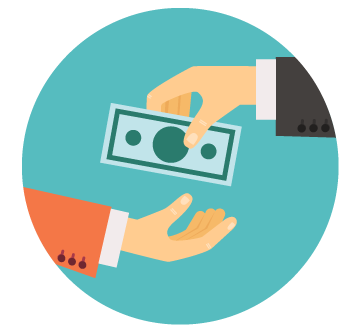 The world’s first free money transfer company Xendpay has today announced that, following the introduction of its unique “Pay What You Want” service, its transactions volume has increased by ten-fold in just 10 months.

Transferring more money in August than in the entire previous period, Xendpay has also reported that it now transfers $1m (£650,000) every day, marking a landmark milestone for the company. As a result, Xendpay estimates that to date, it has saved customers over $2.7m (£1.75m)that would otherwise have been lost in bank fees, hidden costs and unnecessary charges.

According to the World Bank, the global average cost of sending money internationally is approximately 9% of the total transfer value, a figure often much higher if money is being transferred to less developed countries. However, through the use of transparent foreign exchange rates and a “pay what you want” fee model, the average cost of sending money via Xendpay is just 0.4%, the cheapest rate in the UK’s money transfer market.

The costs for Xendpay to deliver the service are met by voluntary “tips” by users as a sign of appreciation for the savings made. Xendpay has found that 86% of users choose to pay for the service, with 72% of users paying the suggested fee or more. Due to the success of its Pay What You Want model, Xendpay is predicting that by 2020, it can save customers £60 million in costs over the course of the next five years.

Delighted with Xendpay’s growing prominence in the market, CEO and Founder Rajesh Agrawal said: “As Xendpay has shown, money transfers fuelled by voluntary contributions are no longer a pipe dream. Because of our success, traditional money transfer outlets can no longer justify their high hidden costs or unnecessary charges, and must recognise the need for a more egalitarian industry. By using and sharing the Xendpay experience, customers join in taking real a_ction for a better global economy; ensuring more money reaches its intended destination”

Word of mouth marketing is often viewed as the most credible form of advertising – largely because it is customer led and cannot be bought. Recognising this, Xendpay has benefited from their development of a marketing strategy which understands the power of word of mouth and channels it to maximise its exposure. The acquisition numbers are supported by the service’s Net Promoter Score which stands at over 75 and its immensely successful referral scheme, both proving that Xendpay is a trusted and reliable platform.

“Xendpay’s growth demonstrates a rare brand success story, mostly relying on a ‘word of mouth’ marketing strategy. Steering Xendpay clear of gimmicky stunts, we have always wanted our service and its mission to speak for itself, reflecting our honest ethos whilst empowering our users to spread the word to their family and friends. No matter how big a marketing budget may be, it cannot match the power of recommendations”, Mr Agrawal added.

Committed to reducing the cost of money transfers globally, Xendpay has been recognised in the financial services sector as a social cause, and was recently accepted as a Clinton Global Initiative (CGI) Commitment to a_ction. Xendpay, now available in 180 countries and 48 currencies, is part of the Rational Group of Companies, which has made transfers worth over $5billion (£3.25billion), since its inception in 2005.